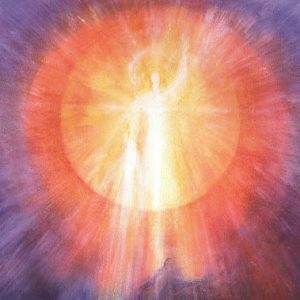 When we speak with people regarding prayer we find out that many perceive it as a religious practice characterized by superstition, which cannot be taken seriously by modern humans, who have discovered that the world functions based on natural laws. Our own experience, however, is that prayer is the most valuable tool in our spiritual path. For us, prayer is a latent possibility found within all humans which, like all other natural functions – for example, speech –, needs to be develop to bear its fruits, and which is totally compatible with normal everyday life in our modern era. It is not by accident that prayer is an age-old practice, which is found in all cultures of human history.

Why do we pray and why do we believe that prayer has significant power? Let us see.

Many times we hear from people who care for this world but have not opened up to the spirit that the world cannot change through prayer. We would rather say that the world cannot change solely through prayer. Action towards change is needed at all levels, and thankfully such action is quite prevalent in our times, since despite the inertia which can be observed in the greatest number of people, there are hundreds of thousands of active citizens around the world who work to change our world.

There are countless activists working in politics, for gender equality, for the environment, labor conditions, the rights of minorities and indigenous peoples, towards peace and dignity; more than any other time in History. The practice of spiritual activism which we follow is found in the belief that action is also needed in the worlds that lie beyond our five senses which surround us, since therein (for those who have the senses to perceive them) lie concentrated all the ethereal-emotional-mental energy structures which are being created by the collective human endeavor. Therein also lie the collective structures of activist movements around the world, which this Work continuously blesses and strengthens.

We humans create constantly, not only in the material world we perceive, but also in the mental and emotional spheres, even if those creations are not directly perceptible through our five senses. And our continuous individual and collective creation in these worlds shapes an extrasensory energetic reality, a mirror of the material world.

This creative power of humans is the foundation for prayer to be a force of intervention in those spheres. The prayer that is made with an open mind, with a heart that is filled with love and the desire to offer, and with clear words imbued with faith, forms a powerful energy pulse that affects directly the material world, as well as the extrasensory energetic realities. Such a prayer brings direct results, depending on the power of the praying person’s love, and on how much in tune with the divine plan the prayer is.

The changes taking place in the supermundane worlds appear gradually on the material world, and their grounding takes place through many different ways. For prayer to bear its fruits, it needs effort and insistence. Our experience is also that intervention in the spiritual worlds may be particularly hard, even painful, as we often come into contact with concentrated negative structures, which humanity constantly feeds unconsciously through its negative thoughts and emotions.

Every prayer that comes from the heart has its value and its significance, and no action of good will ever goes wasted. However, in this Work, we learn how to expand our prayer, so that it passes from the stage of passive pleading to become active prayer, i.e. blessing that intervenes directly into things through a human’s creative potential, and then, gradually, theurgy: the active manifestation and expression of the Logos-Christ through humans.

This new way of active praying and of conducting theurgy was brought on Earth by Ioannis, who, as the one who initiated the new cosmic period, opened up prayer into new pathways and freed it from all rites and limitations. In our understanding, our times necessitate this new form of prayer, and hence it currently forms, in accordance with the divine plan for the new period, the most powerful spiritual tool for intervening into things and the most suitable spiritual practice to address the current needs of humanity and of the planet.

People who pray in this way transform the world around them and are also transformed themselves. The possibility to intervene to all of humanity’s problems brings a gradual empowerment and expansion of the student’s consciousness, as they are no longer passive observers of global affairs or powerless recipients of the designs made by those who hold worldly power.

When people who pray active and use the power of blessing gather in groups that are trying to establish within them a sense of unity, through which the One Human can be expressed, they become a factor that affects significantly the flow of events. This constitutes the disciples of the Logos-Word responsible for everything that takes place on the planet, and this expansion of our responsibility is the defining factor, based on which the same relationship that the Word has with the Universe starts to develop inside of us: a relationship of love and responsibility. Thus we are heading gradually towards our likeness with the Word.