Apprentices gathered around the two bodies of the Word-Logos in the new cosmic period, Ioannis and Anastasia, who were also both undergoing apprenticeship with the Logos itself as the teacher, so that they could take the steps needed to develop likeness to it. The apprenticeship offered leaded exclusively to the Logos Son-Mother, which was and is the basis and the culmination of the Work that was being initiated, the Work of the Second Coming of the Logos-Christ inside humans.

The constant introspection, the toil needed to reach self-knowledge and the incessant struggle to smooth out our human imperfections, 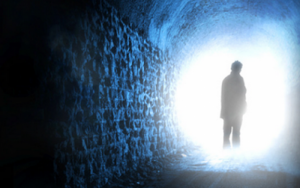 the training to learn how to pray, how to bless, and how to conduct theurgy,
the stages of experiencing others as our own self,
the expansion of the mind, of the heart and of the consciousness with the aim to assume an ever-increasing responsibility for humanity,
the stages of accepting the Word-Logos as our true Self and the boldness to express union with it,
all these composed the basic elements of the apprenticeship under the supervision of the Logos, who often was expressed in terms of judgment, in order to address in time and drastically any dangerous alteration, expropriation or stagnation of the Work.

And this Work is continuing in cooperation with the heads of the Planetary Hierarchy.