That which in the Work we call “christofication” had a 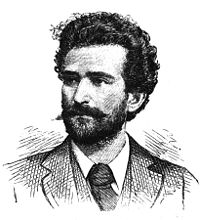 lso conceived as an idea the sociologist, journalist and pioneer of the socialist movement in Greece Platonas Drakoulis (1858-1942?), calling it “apochristosis”, a work akin to “apotheosis”. We quote in this space a small sample from Drakoulis’ book “Light from within” to showcase Drakoulis’ thought, in particular regarding the symbolism of the stages in the life of Christ. Ioannis also presented fully in the books of the Work how all events in Jesus’ life are also symbols which mark the inner steps of the disciple towards christofication.

In every era, humans sensed an inward thirst for rebirth or redemption. This thirst is caused by a law active within the nature of the soul, which yearns for elevation and evolution. Ignorance regarding the causes of this thirst has led to the perception of this psychic longing as the anticipation for a hero or god or messiah. The longing of the soul is the greatest force in nature, and the idea being created by its effect not only receives a cause to exist, but is also incarnated.

But when, afterwards, the world receives the biography of the incarnated in this way being simply with its historical significance, it is at fault. This biography, apart from its outer nature, has also an esoteric meaning. The entire series of events from the birth up to the resurrection are reflections of what take place in every person, it is the focal point of widespread longings, which imposed the incarnation. The baby being born is, we could say, the lens to which the psychic stories of all those who yearned for rebirth and redemption are concentrated.

The esoteric perception of Christianity would reveal to us the inner element of our nature and would suggest a way of life which springs from it. It would teach us that this inner element is found in benevolence, in mellowness, in virtuousness, in humanism, in tameness – it constitutes the Christ within, who is crucified by ignorance. The esoteric perception of Christianity will show us that where benevolence is, there is always a Golgotha, but that the Golgotha is always followed by victory which radiates light and grace. The recognition of this law constitutes the true Christian faith; dedicated inner observation, experience and memory suffice to constitute this law clear to everyone. It will then be understood that the trials through which humanity has passed are the inevitable steps in the path towards rebirth.

We talked about the meaning of crucifixion and of the other stages towards human perfection, as Christ showed them to us in his person. But who do we primarily mean when we say Christ? Anyone can be Christ. Here when we say Christ we mean not the person of Christ per se, but the principle, the method, the system, the life, the way of thinking through which the human being gradually is anointed by the inner spirit. The distinguishing characteristic of this method, which Jesus drafted, is this love through which someone sees their own self in the face of all others. Only the person who can nourish this feeling is anointed by the spirit and is gradually transformed from a mortal to an immortal. The divine effect upon the essence of the soul constitutes it capable to orientate towards the divine essence and in this way “to conceive” the divine personality.

Each of us is a Christ in latency, because each of us is the epitome of the universe, which carries within it the Christ.