Despite the fact that the situation on our planet is very hard – or exactly because of that – a great number of spiritual workers have come to work, visibly or not, for the resurrection of the human being. This was ascertained by Ioannis, who used to cooperate closely with workers in the spiritual planes. We provide here a few excerpts to the point, from speeches of Ioannis collected in the book “Apprenticeship to the Second Coming”:

God has sent, my brothers, at this time and keeps on sending thousands of virtuous spirits, who have voluntarily offered to come down to Earth and initiate a campaign to enlighten their brothers and sisters who are now locked in ignorance and deceit (…). (p. 53)

Many of my spirits, virtuous and enlightened and beloved to me and the Father and Mother, are sent this period on Earth to teach to humanity the ways of God and to help humans adopt to the divine laws and be liberated from the appeal of matter. All these spirits, which come out of their own will to Earth to offer their service for the faster ascent of humanity, have requested before me to sacrifice themselves on Earth, and for their sacrifice to be of use for the ascent of their brothers and for the restoration of those virtuous spirits fully in me. Please honor these spirits as brothers who represent me and my Mother (…). (p. 70-71)

In this era many spirits who have incarnated in matter will appear and will perform a spiritual work on Earth. To these spirits, the Lord has given the license and the authority to intervene in order to assist humanity be unshackled from flesh and from the Earth, to be liberated and united with him. (p. 115)

In the section entitled Anthologies, we present humans who worked or are working for the enlightenment of the human being, as well as inspired thoughts that are in concordance with the teachings of the Work and with everything that the new cosmic period brings for humanity. 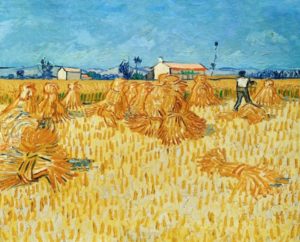 The harvest is plentiful, but the workers are few. Ask the Lord of the harvest, therefore, to send out workers into his harvest field.