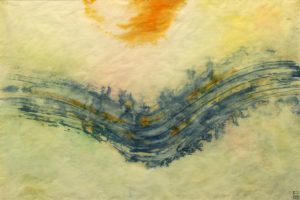 Djwal Khul, commonly referred to as “the Tibetan”, one of the brothers of the Planetary Brotherhood, closely connected to Kuthumi and Morya, conveyed from 1919 up until 1949 a large volume of teachings through Alice Bailey. Here we quote a few excerpts from his book Esoteric Psychology Vol I regarding the second coming of Christ.

Humanity is the treasure-house of God, (…)
for only in the human kingdom,
as esotericists have long pointed out,
are the three divine qualities found in their full flower and together.

Humanity, and humanity alone,
can reveal the nature of the Godhead and of eternal life.
To man is given the privilege of revealing the nature of the divine consciousness,
and of portraying before the eyes of the assembled sons of God
(at the final conclave before the dissolution) what has lain hidden in the Mind of God.

(…) To portray adequately the wonder and the destiny of the human kingdom,
lies beyond my powers or the power of any human pen,
no matter how great a man’s realisation may be,
or his response to the beauty of God’s world.

Divinity must be lived, expressed and manifested, to be understood.
God must be loved, known and revealed within the human heart and brain,
in order to be intellectually grasped.

(…) But the hour has now come when the manifestation of this reality can,
for the first time and in truth, manifest itself on the physical plane in an organised group form, instead of through the instrumentality of the few inspired sons of God who have, in past ages, incarnated as the guarantee of the future possibilities.

(…) and the Christ (will) again appear on earth, incarnated this time in the many and not in the one personality.